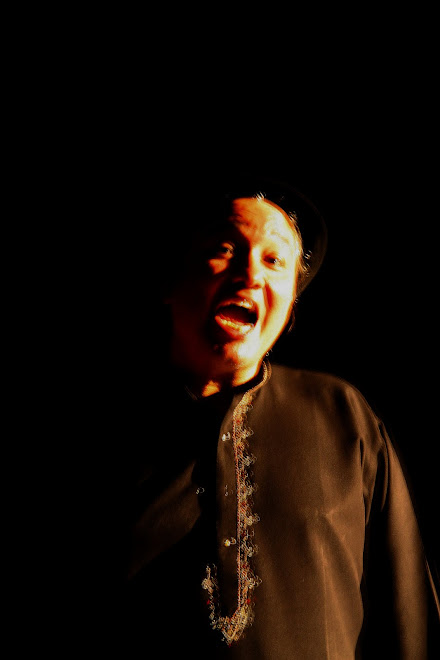 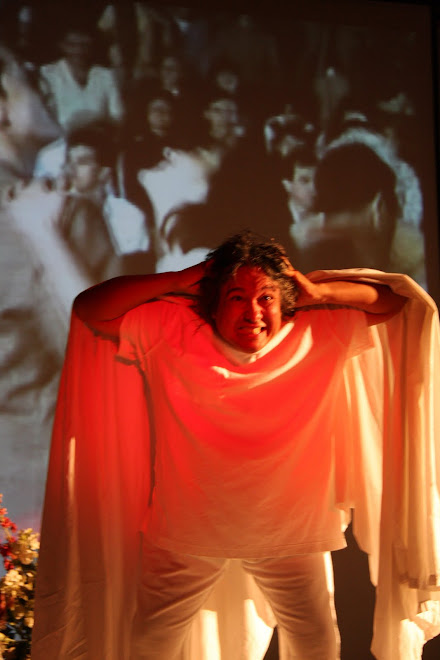 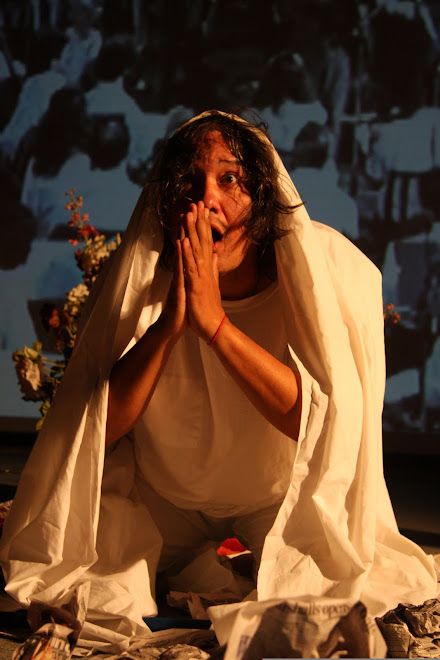 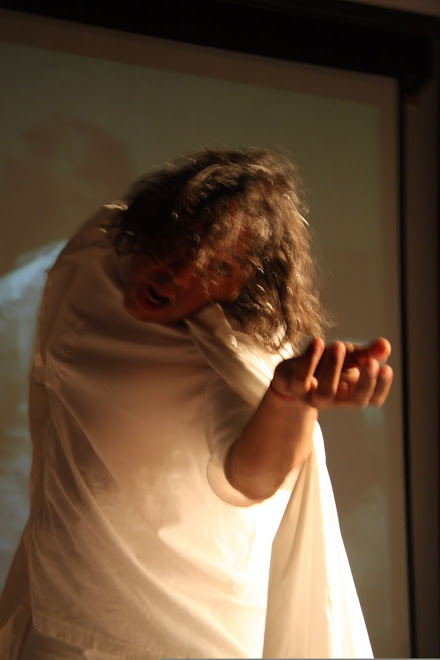 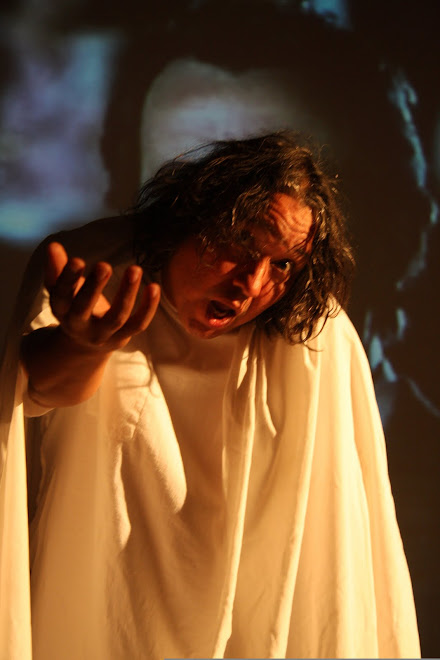 I Am Pedro Pietri's Character 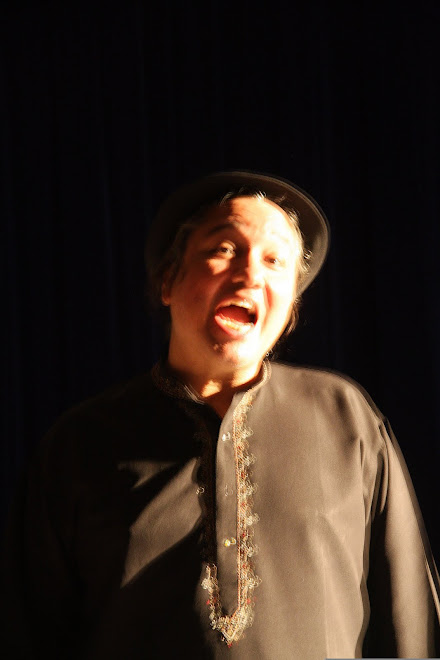 
As a performance artist with 30 years of experience in the theater, the creative writing, and the teaching at Puerto Rico, United States, Latin America, and Spain, I have had the intercultural exchanges, which have brought me competency, cultural Hispanic background, and an ample thinking of the Latino society in the world. For this reason, I wrote and I have performed this project of Soplo mágicos disparates (“I Blow Magical Non Senses”). The work is an interdisciplinary performance that includes: the poetry, the theater, the multimedia, the body movement, and the music.
The proposal of the performance is addressed to the Latino audience. Basically is in the Spanish language with some uses of the English words. This is divided in two parts, the first one is the ritualistic poem “Perfume para entes o veneno pa’ la gente” (Parfum for the Human Being or Poison for the People”) with approximately of 25 minutes of duration.
The second one is “I am Pedro Pietri’s Character”. This is a Spoken Words poetry performance based in the published book by the author Soplo mágicos disparates (I Blow Magical Non Senses), Arizona, Orbis Press, 2003 with 30 minutes of duration.

The most important in this work of “ Perfume para entes o veneno pa’ la gente” (Parfum for the Human Being or Poison for the People”) is to represent a ritual of the words, where the only understanding is in the metaphors and the symbols. This piece is based in the theory, which the poetry is a sacred ritual and conducts the audience to have a deep experience through the sophisticated metaphors , the thoughts, the ideas and the the symbols, as well as the setting, and the actions of the performer or Shaman and Alchemist poet.
In the “Pedro Pietri’s Character” is to stress the Puertoricaness and its connection with another Hispanic cultures expanding the meaning, which envisions multiple migrant subjects. Thus is coming the negotiations, the hybridism, the intercultural population, which create an awareness of the enriched Panlatino society growing in United States.
Posted by Carlos Manuel Rivera Carboinael Rixema at 10:22 AM